Aardvark Therapeutics has raised $29 million in financing to help support three planned Phase 2 clinical trials of its lead compound, ARD-101, an investigational therapy for Prader-Willi syndrome (PWS) and other disorders.

Financing was led by Sorrento Therapeutics, with participation from other investors and support from the Foundation for Prader-Willi Research (FPWR).

“The Foundation for Prader Willi Research is excited to partner with Aardvark to launch their Phase 2 trial in Prader Willi Syndrome (PWS) later this year,” John Walter, CEO of the FPWR, said in a press release.

“Given the spectrum nature of PWS there is recognition that we will need multiple therapies to address the hallmark symptoms of the disorder,” Walter added. “Aardvark’s ARD-101 targets multiple pathways potentially relevant to PWS and has the potential of improving the lives of those suffering from PWS and those who care for them.”

By activating bitter taste receptors in the gut, ARD-101 aims to prompt the body to release peptide hormones that could have therapeutic effects.

“We believe our lead compound, ARD-101, is differentiated from existing standard-of-care drugs in both its anticipated safety profile as well as its potential broad spectrum of effects. It is a first-in-class compound that impacts metabolic and inflammatory mediators,” said Tien Lee, MD, CEO of Aardvark.

“Our postulated drug mechanism of action [for ARD-101] indicates a potential for regulating appetite, metabolism, and inflammation,” Dvorit Samid, PhD, the company’s head of medical affairs, said in a June interview. “We look forward to evaluating ARD-101’s therapeutic potential in several Phase 2 clinical trials, including a Prader-Willi syndrome trial later this year.”

In addition to advancing clinical trials into ARD-101, Aardvark will also use money raised in its Series B financing round to potentially develop new formulations of the treatment for various disorders, the company said. 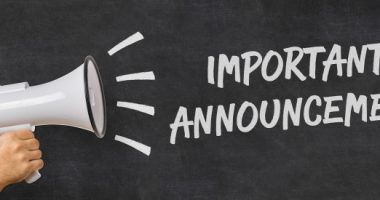